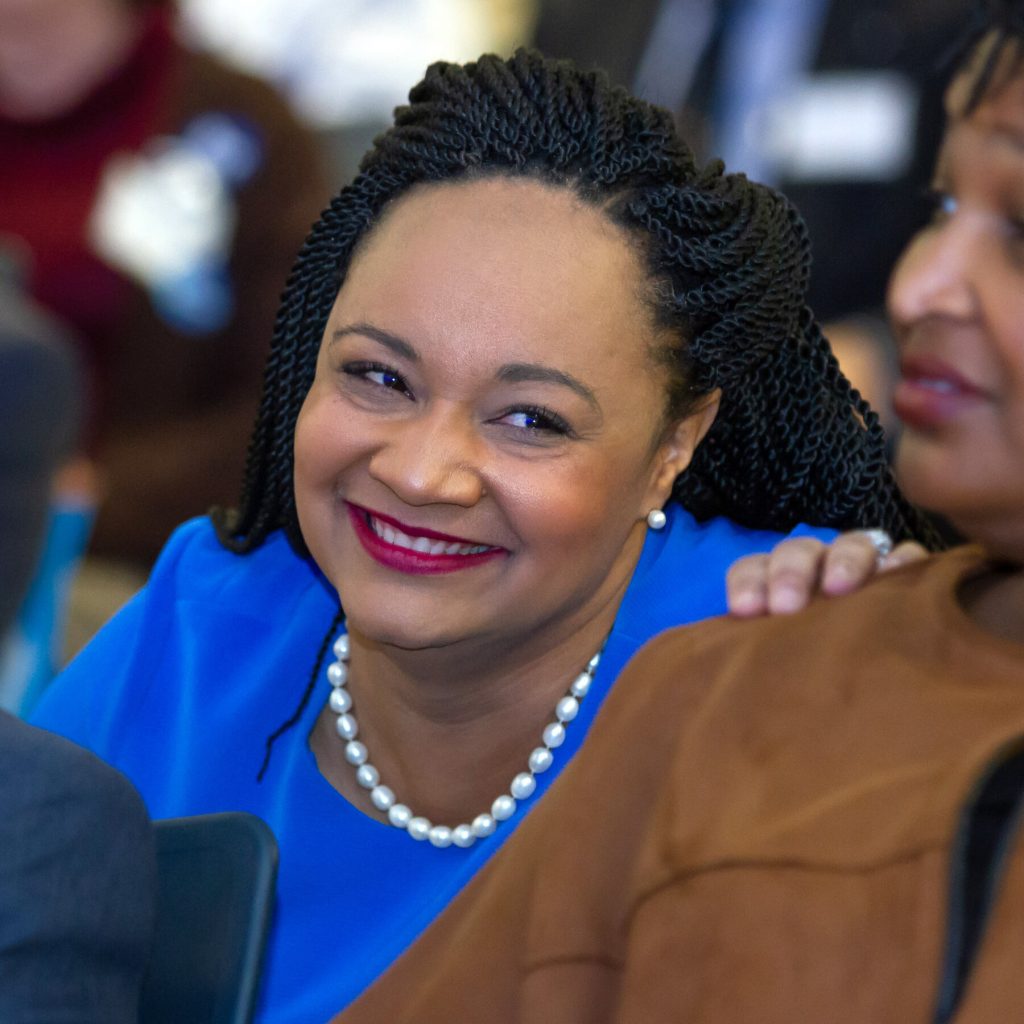 WASHINGTON – Today, Congresswoman Nikema Williams (GA-05) helped introduce the Time Off to Vote Act, legislation that would require employers to give their workers paid time off to vote in federal elections. In Georgia, employers are only required to give a maximum of two hours of time off to vote, but none if polls are open two consecutive hours before or after a worker’s shift.

Click here to read the text of the Time Off to Vote Act.

“No one should be forced to choose between earning their full paycheck or participating in our democracy. As a working mom, I know how tough it is to carve out time to vote between the demands of work, family, and life. This November, Georgia will once again be the center of the political universe. In the last two elections, countless Georgians waited in line for hours to vote. Many waited all day. The Time off to Vote Act will make it easier for working people to exercise their sacred right to vote. Everyone deserves free and fair access to the ballot box, regardless of where they work or their flexibility while on the clock.”

“Voting should not be a luxury that only the well-off can afford. This bill, which ensures that American workers can cast their ballots without risking their paychecks, is an important addition to the critical voting rights legislation passed by the House earlier this year.”

“The freedom to vote is sacred, and the foundation of our nation’s democracy. I’m proud to join Congressman Cartwright today to introduce the Time Off to Vote Act, critical legislation to ensure that every American worker has the ability to exercise their constitutional right to vote. Especially as states move to restrict access to the ballot box, we must take action to protect our democracy and the voters who make it strong.”

“It’s incredibly important that America’s workers have an unbridled ability to vote in any local, state or federal election. By mandating paid leave on election days, this bill would ensure no worker has to sacrifice their wages or jeopardize their job security to exercise their sacred right to vote. We need to be doing all that we can to make it easy for American workers to exercise their civic duty, and I am proud to partner with my colleagues to do just that.”

“For too long, women of color have faced barriers that threaten to shut us out of the electoral process. So many women of color workers, like domestic workers — the nannies, house cleaners, and home care workers who work in their employers’ homes — face the challenge of working in jobs where they don’t have paid time off, job security or flexible hours. The Time Off to Vote Act would ensure that this important segment of the electorate can fully take part in our democracy, have their voices heard and votes counted. No one should have to choose between a paycheck and their voting rights, and nothing should make it difficult for us to vote, including our jobs.”

“As another important federal election fast approaches, Black and Brown Americans face the greatest assault on the freedom to vote since Jim Crow. The Time Off to Vote Act is a strong addition to critical voting rights legislation the House has already passed this year. Congress must stay laser focused on delivering essential protections voters need and deserve, and must pass the full package without delay.”

“Latino voters are much more likely to experience polling locations with long lines, extended waiting times, malfunctioning voting equipment, and unexpected closings. Legislation that requires employers to grant employees time off for voting is a step in the right direction to ensuring that Latino voters are not disenfranchised at the voting booth.”

Congresswoman Nikema Williams proudly serves Georgia’s Fifth Congressional District. Congresswoman Williams serves on the exclusive Financial Services Committee where she is Vice-Chair of the Oversight and Investigations subcommittee, the Transportation and Infrastructure Committee, and the Select Committee for the Modernization of Congress. She is Freshman Class President and Co-Chairs the Congressional Voting Rights Caucus. Congresswoman Williams builds on the Fifth District’s legacy as the cradle of the civil rights movement as a champion of voting rights, closing the racial wealth gap, and ensuring the promise of America for all–regardless of their ZIP code or bank account.