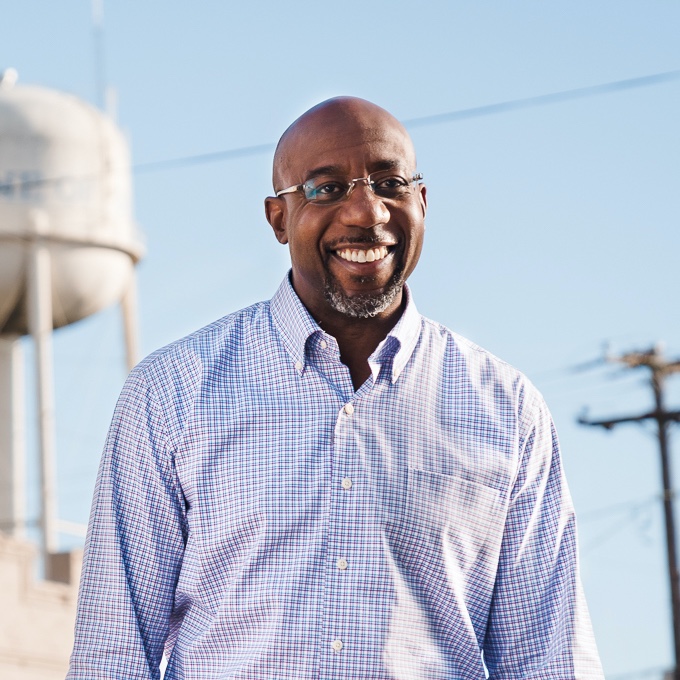 Reverend Raphael Warnock (D) is running for U.S. Senate. Before running for office, Reverend Warnock dedicated his life to service, to standing up for the dignity of work and fighting to expand access to affordable health care.

Since his election to the U.S. Senate in 2021, Senator Warnock has continued to lead the fight to protect and grow Georgia jobs, to lower costs for hardworking Georgia families, and to stand up for Georgia farmers, servicemembers and veterans. Reverend Warnock puts his responsibility to represent the people of Georgia above politics, working with whoever it takes if it means improving the lives of all Georgians. Reverend Warnock is running for reelection to continue his fight to expand access to affordable healthcare, create good-paying Georgia jobs, and cut costs for hardworking Georgia families. 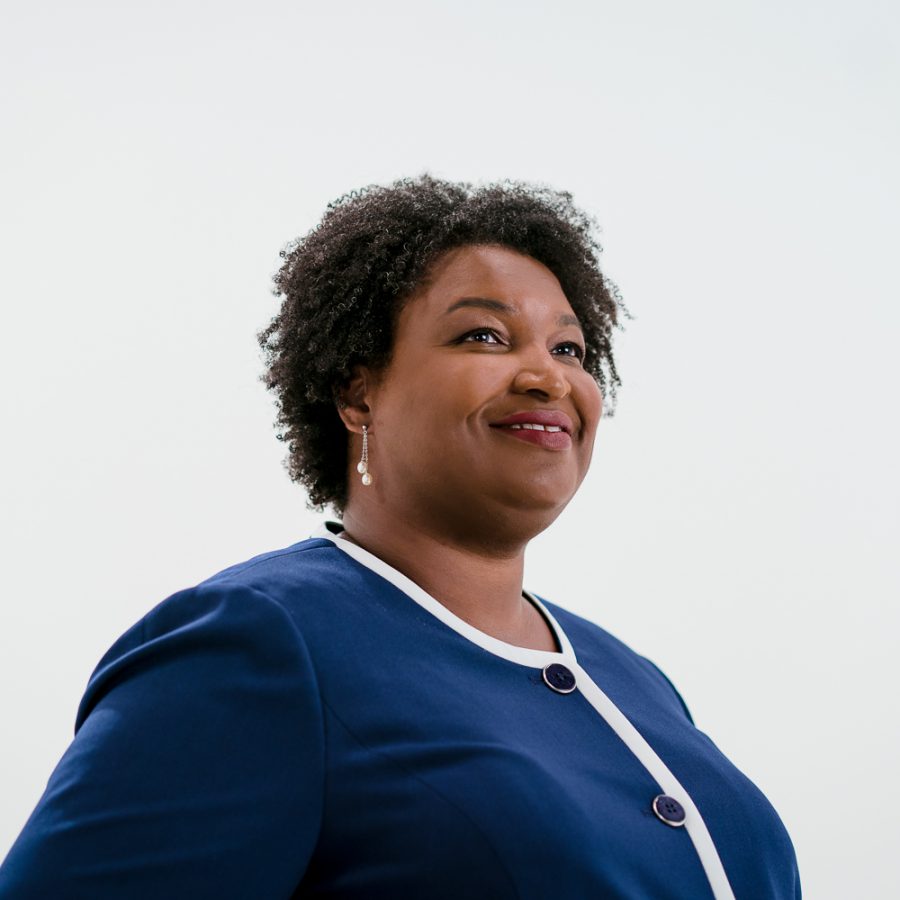 Stacey Abrams (D) is running for Georgia Governor. ⁠After serving in the state legislature for a decade, Stacey decided to run for Governor in 2018, becoming the first African-American female major-party gubernatorial nominee in the United States.

She is running once again and her legislative priorities include protecting small business, reducing medical debt, reproductive rights, and Medicaid expansion. 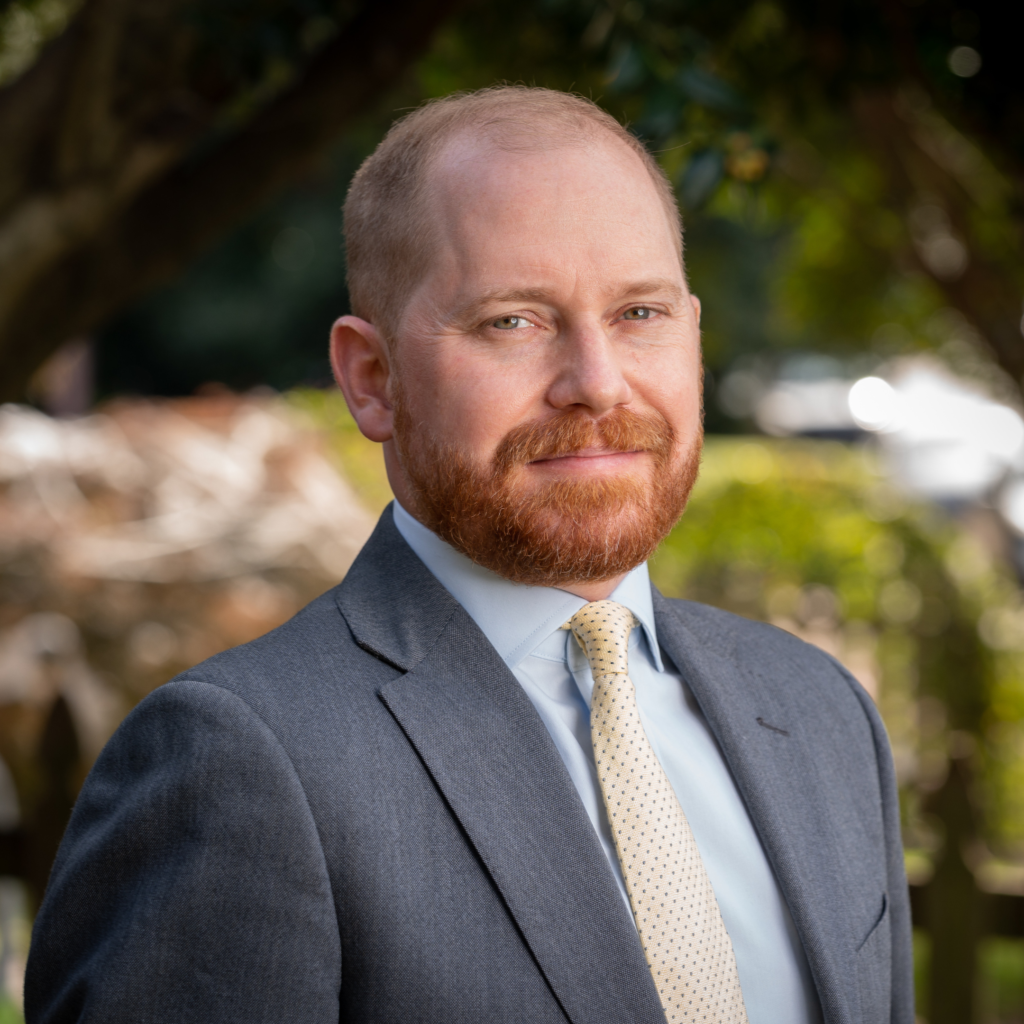 Charlie Bailey is running for Georgia Lieutenant Governor. He is running so we can build One Georgia, where every person can live a better life with access to quality jobs, better schools, and affordable healthcare.

Charlie has a proven track record of fighting for Georgians. As a former Senior Assistant District Attorney of Fulton County his career has revolved around fighting for justice.

Now, he is taking this fight to the State Capitol where he will work to expand opportunity for every single Georgian. 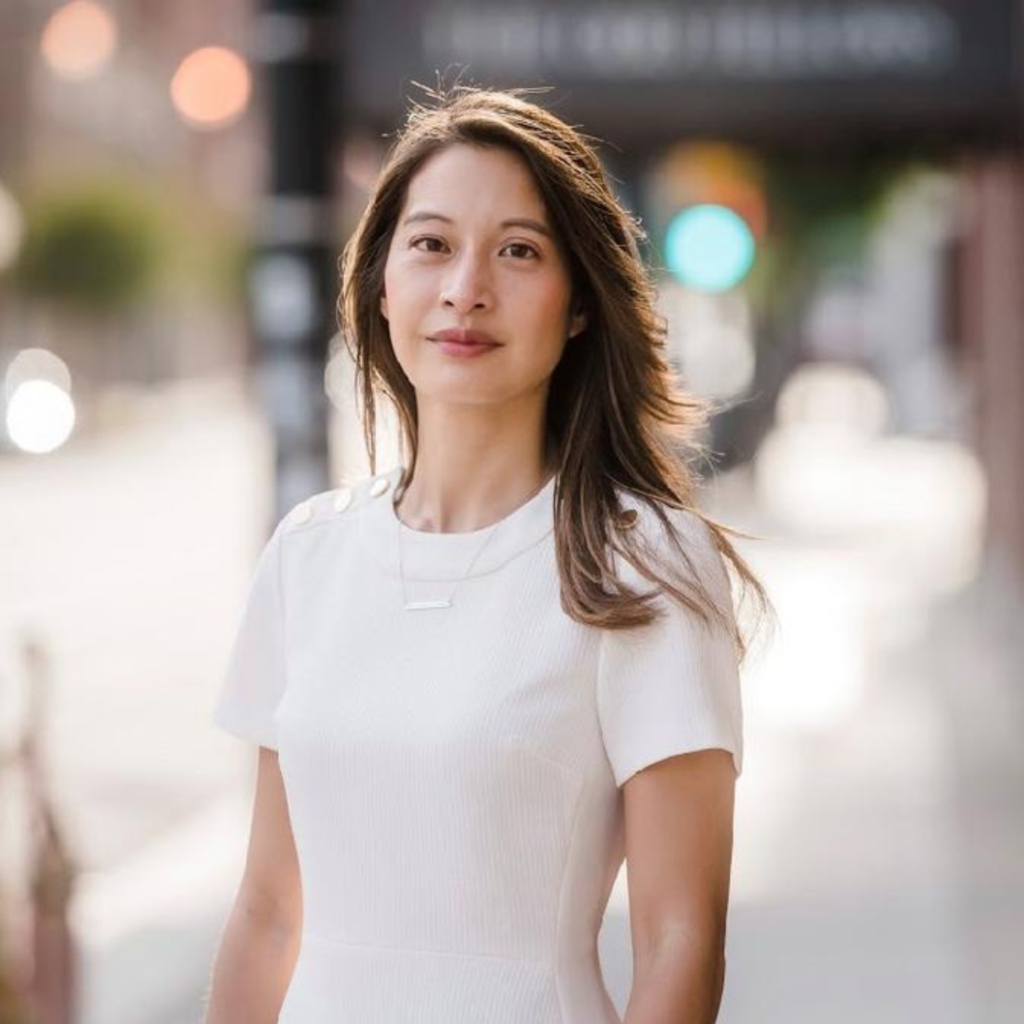 She grew up in Augusta, Georgia and graduated from a Georgia public high school. After she moved to Atlanta to attend Georgia State University, she started a local nonprofit to educate and empower young women. She spent a decade in Georgia public high schools, where she learned how to organize with her community and demand change for her students. 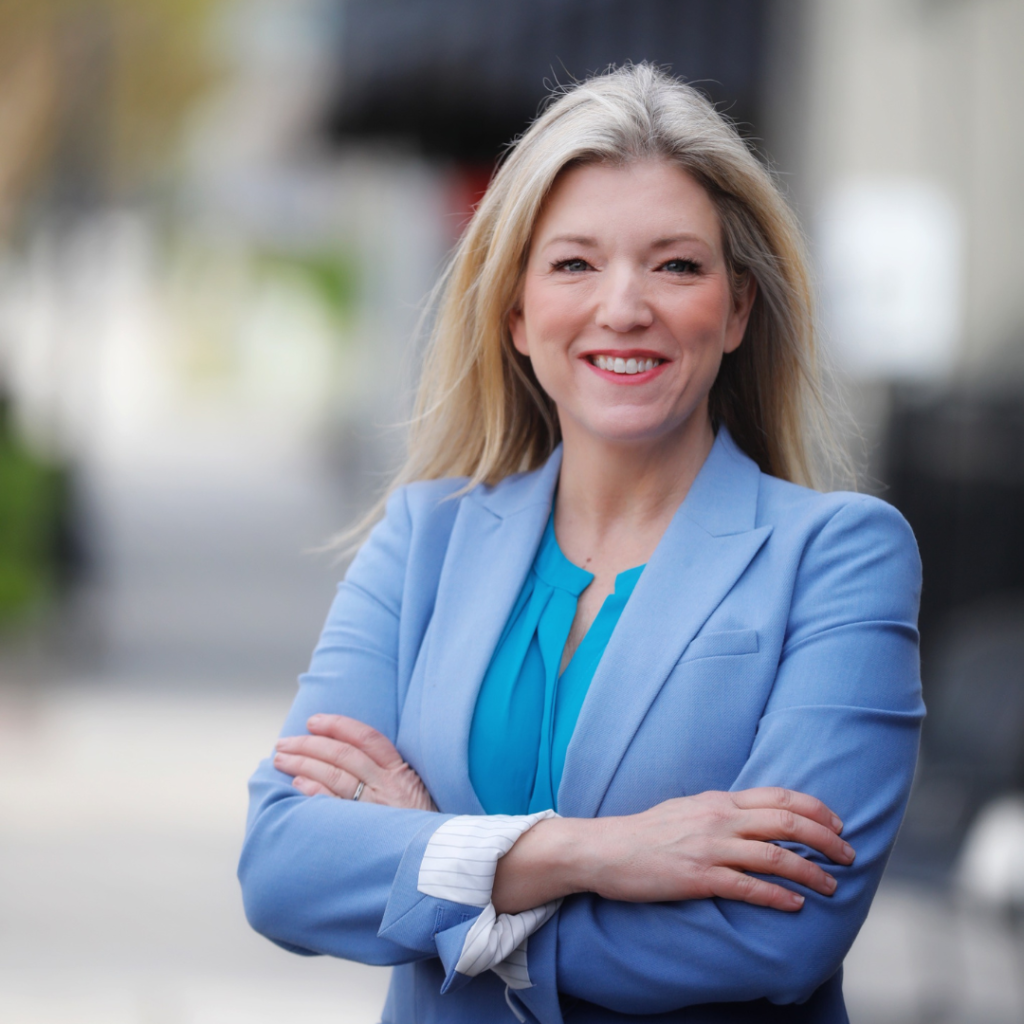 In 2017, Jen ran for the State Senate in a special election, flipping a Republican-held seat and ending the Republicans’ supermajority in the chamber. She was reelected in 2018 and 2020, increasing her margin of victory each time. Jen is running for Attorney General to protect our democracy, promote safe communities, and fight for environmental justice. 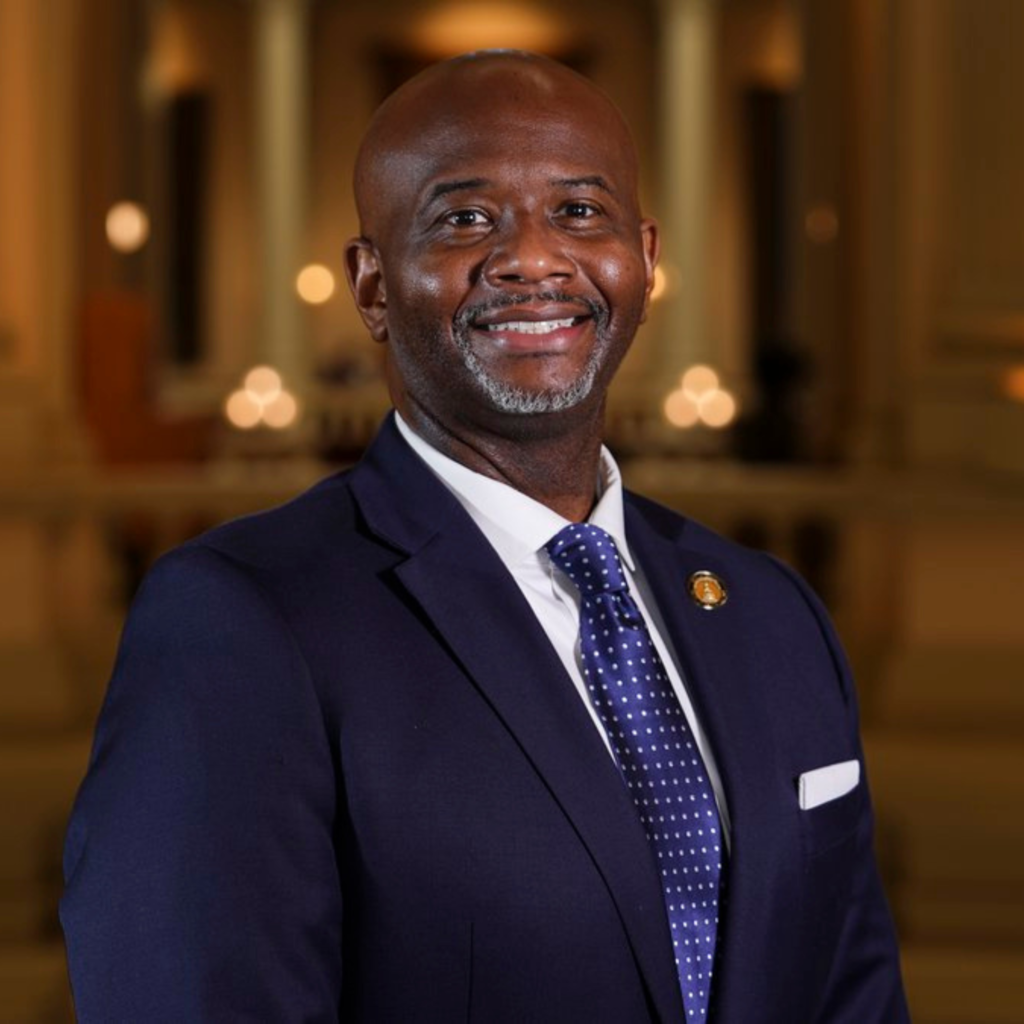 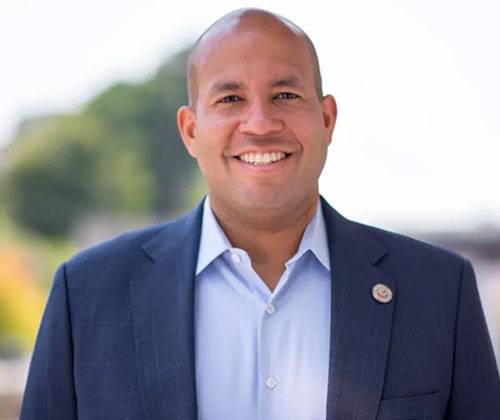 Jason Esteves (D) is running for Georgia State Senate District 6. Jason is an at-large representative and the outgoing Board Chair on the Atlanta Public Schools Board of Education. In 2013, he became the first Latino elected to a school board in Georgia and has focused his efforts on promoting equity and improving the financial outlook of the school system. Jason serves as Vice President at Equifax Inc., where he leads the handling of regulatory matters, risk mitigation, and sensitive disputes and investigations for the company. 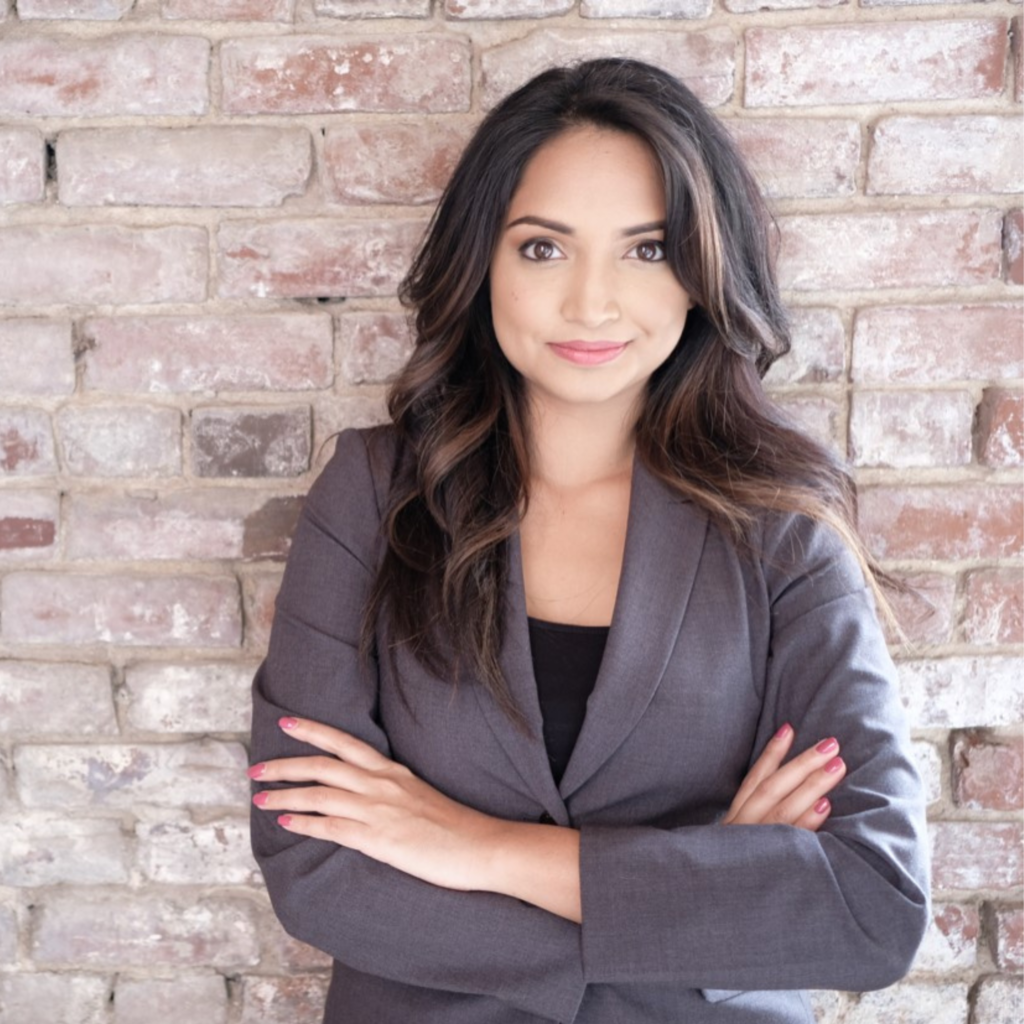 Nabilah Islam (D) is running for Georgia State Senate District 6. Nabilah has dedicated her life and career to advancing progressive ideals in Georgia. In 2020, Nabilah served as a Senior Advisor to the Gwinnett Democratic Party where she helped lead outreach to Vietnamese, Korean, and Latino communities – leading to the strongest Democratic performance in the county in decades and helping to elect President Joe Biden. During the critical Senate runoffs, Nabilah led an organization called Save Our Senate, which knocked on over 34,000 doors, turning out Black and Brown voters across Gwinnett for Senators Ossoff and Warnock. Nabilah was also appointed to become the President of IPAC an organization dedicated to getting out the Muslim American vote, she led a historic effort of reaching out to over 60,000 registered Muslims voters across the state during the critical runoffs. 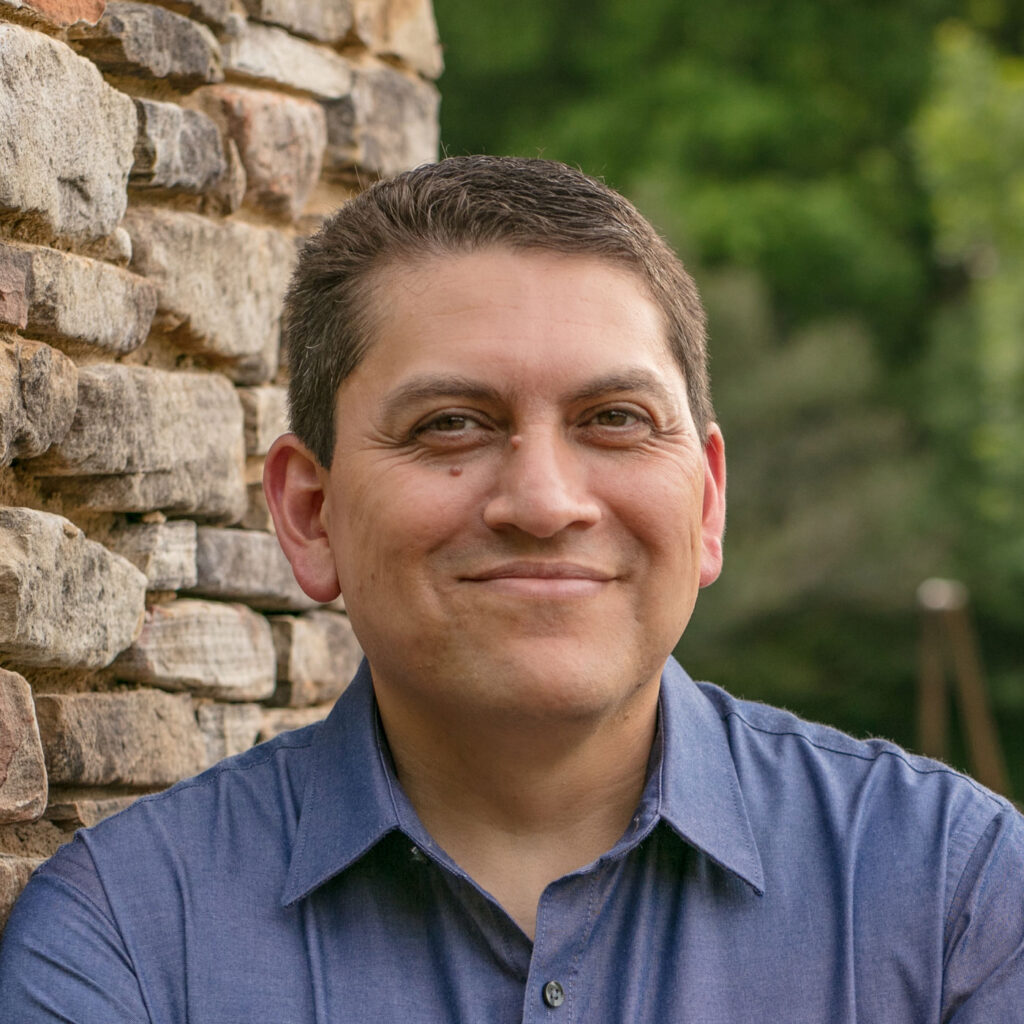 Micheal Garza (D) is running for Georgia State House District 46. Micheal Garza is a husband, father, and small business owner running to bring responsive leadership to state government and chart a new path for Georgia in which everyone in this diverse state has a chance to succeed and thrive. That includes fully funding our public schools, reducing gun violence in our communities, restoring the right of women to make their own healthcare choices, and protecting the right of every Georgian to participate in our elections. As one of a handful of Latino candidates running in 2022, Micheal hopes to increase Latino representation in the state legislature and give a voice to the state’s fastest growing demographic. 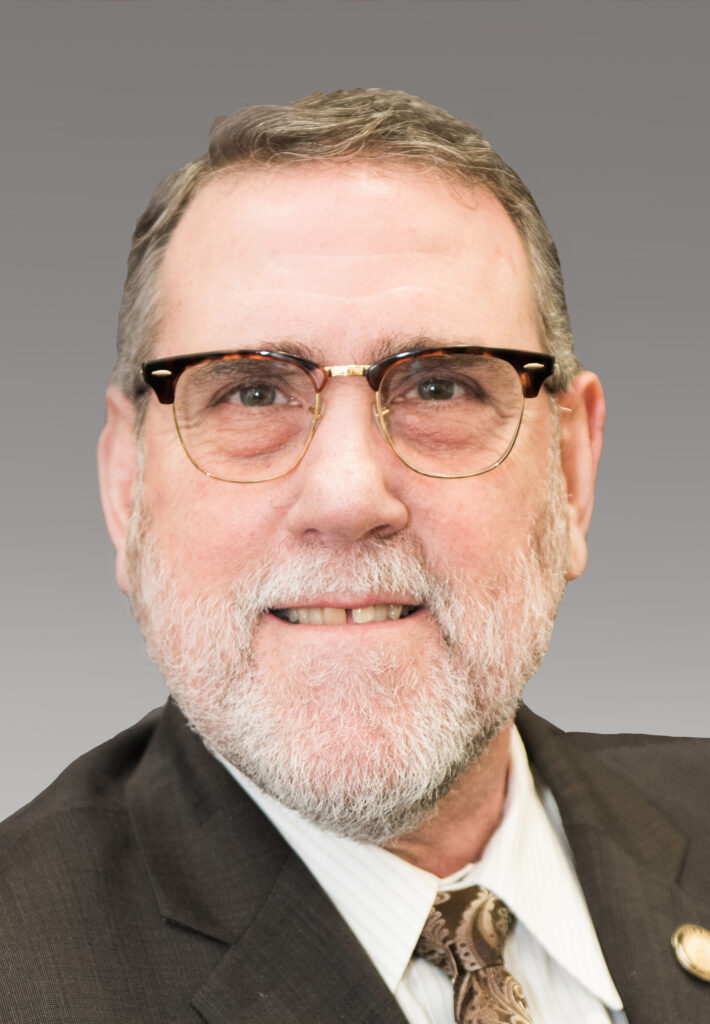 Pedro Marin (D) is running for Georgia State House District 96. He has served in public office for almost two decades. Since arriving to Georgia in 1995, he has leveraged his skills in marketing, strategic planning, relationship building, negotiation, and intercultural relations to build a successful consultancy firm while also continually lending his talents to bring together diverse communities to address issues of mutual concern. 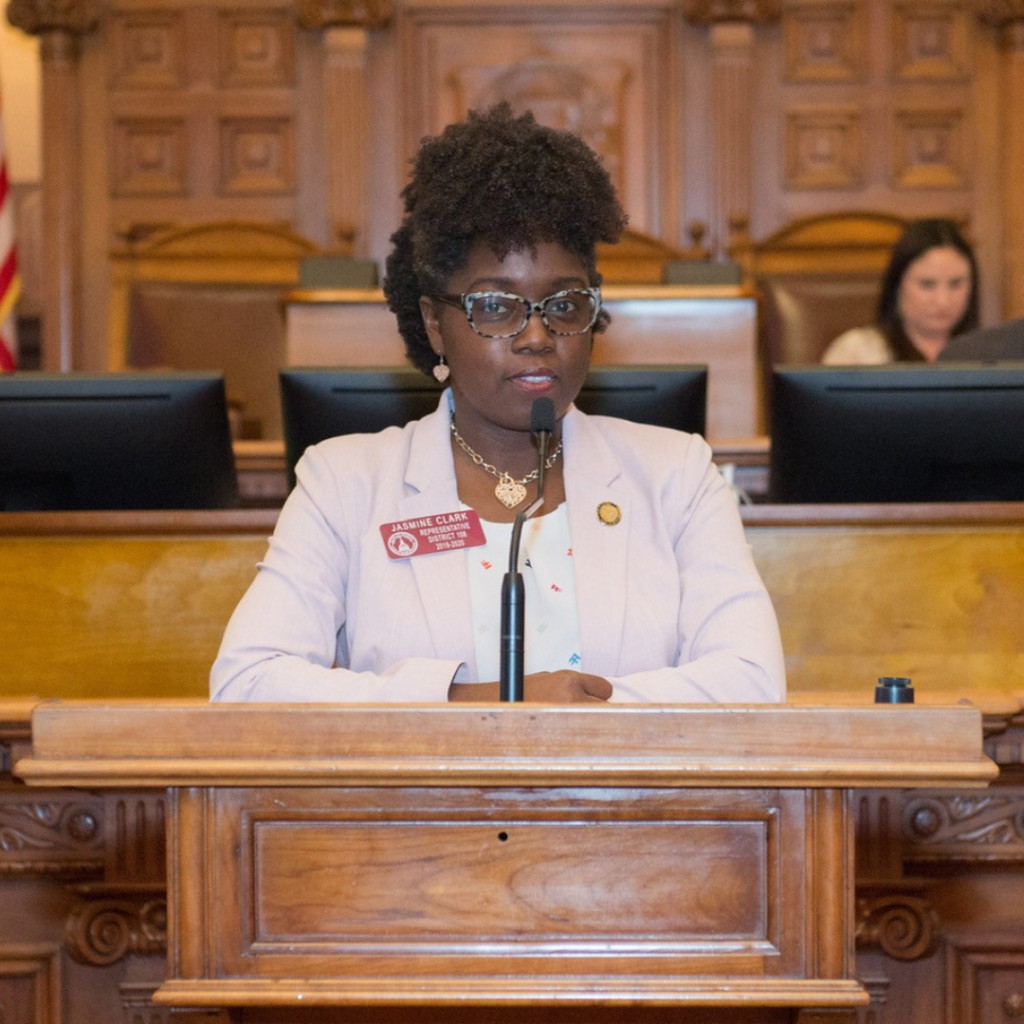 Jasmine Clark (D) is running for Georgia State House District 108. First elected in 2018, Jasmine Clark’s legislative agenda has been focused on education, voting rights, reproductive rights, environmental protection, common sense gun reform, criminal justice and healthcare. During her first term, Jasmine Clark was the primary sponsor on HB 133, which seeks medically accurate sex education that includes accurate information regarding HIV prevention. She was also a top sponsor of dozens of bills that reflect constituent issues and concerns, her legislative agenda, as well as her core values. In the 2021-2022 session, Jasmine Clark plans to continue the work of being a science voice in the GA State legislature, and an advocate and voice for her constituency in House District 108. In the 2021-2022 session, she also serves as the Vice Chair of the Gwinnett State House delegation and as the Secretary on the Executive Board of the Georgia Legislative Black Caucus. 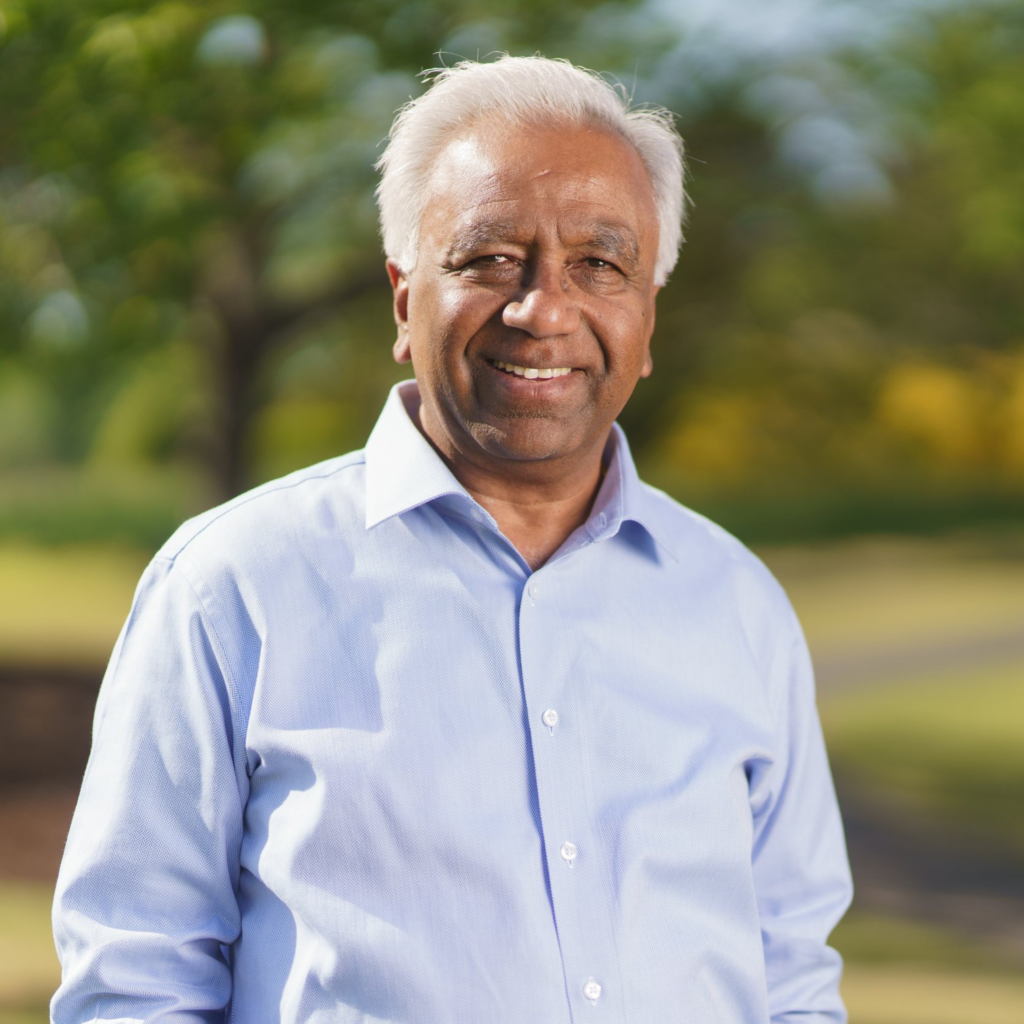 Om Duggal (D) is running for Georgia State House District 99. Born in New Delhi, India, Om immigrated to the United States with his family over two decades ago. He grew up in a middle-class family with a humble upbringing. An entrepreneur at heart, Om founded PNB Bearings India Ltd., a manufacturing plant with Japanese collaboration, after finishing his Master’s Degree in Economics and Business Administration.

His legislative priorities include the economy, reproductive rights, affordable healthcare, supporting our schools, and protecting voting and civil rights. 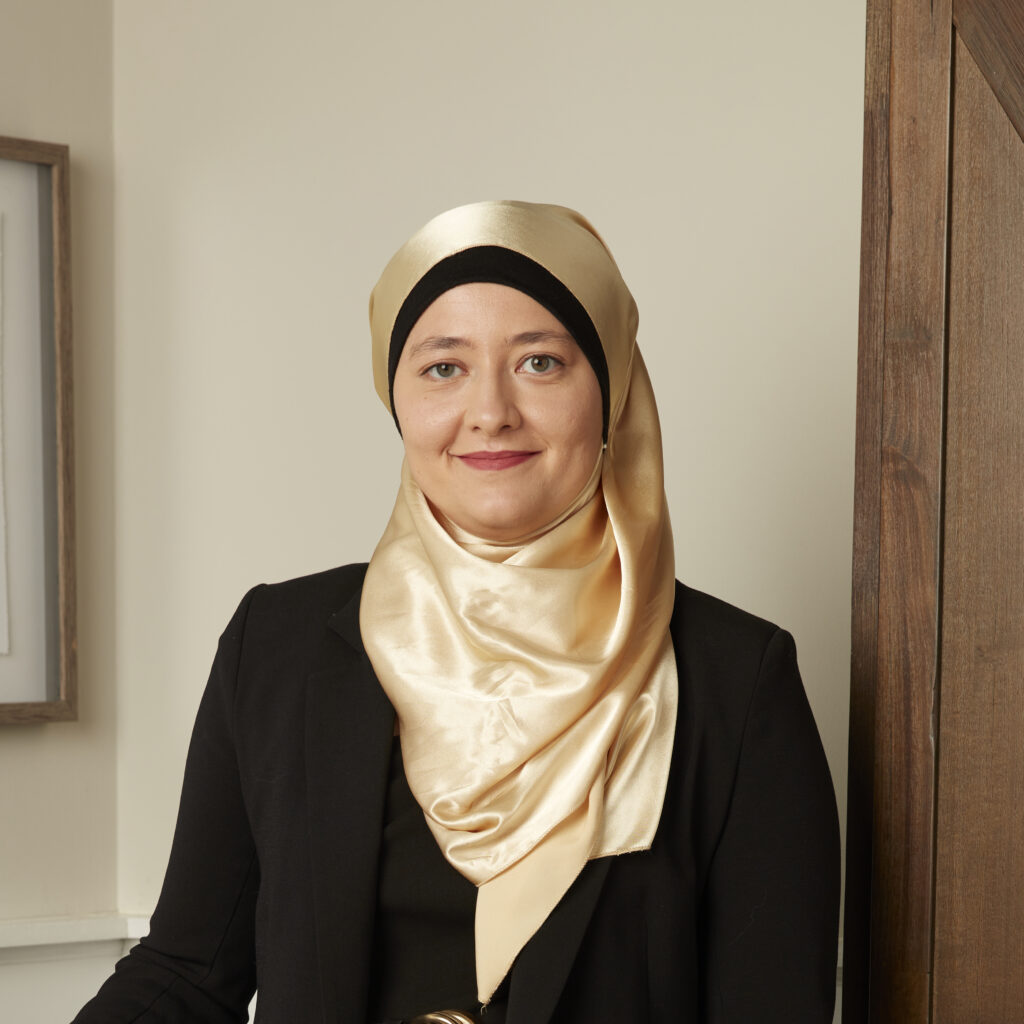 Ruwa Roman (D) is running for Georgia State House District 97. She is passionate about politics, civic engagement, interfaith dialogue and community service. As an organizer, policy analyst, and public speaker, she works to empower communities and everyday people to become more civically engaged!

Through her diverse set of experiences, Ruwa will be ready on day one to tackle the tough challenges facing our state and to provide the leadership that District 97 deserves. 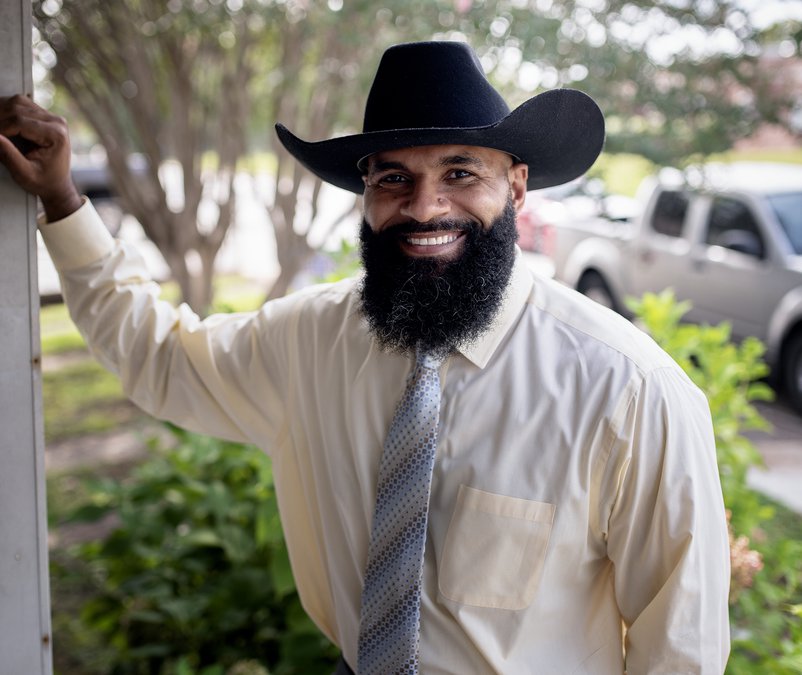 Devin Pandy (D) is running for Georgia State House District 29. He is a 21-year Army Veteran and Wounded Warrior. 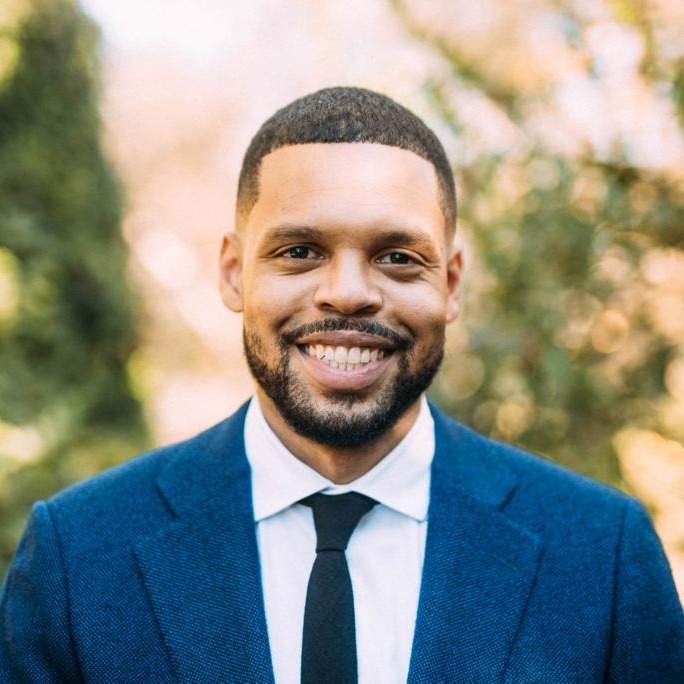 Phil Olaleye (D) is running for Georgia State House District 59. The Nigerian-Colombian community leader is currently the Executive Director of Next Generation Men & Women. Phil also served as the Director of Performance Management at WorkSource Atlanta and as a U.S. Peace Corps Children, Youth, and Family Volunteer in the Philippines. Phil’s legislative priorities include fostering thriving families, building healthy communities, and strengthening our democracy. Phil is the son of working-class immigrants from Nigeria and Colombia.